Since 1993 Spear of Fame has worked closely with Australia's largest government, academic and fraternal institutions, designing and manufacturing a variety of fine ceremonial regalia and equipment used by the Australian Defence Force (ADF), police forces, English Royalty and world Leaders.

As most of our items are highly specialised or custom designed, working directly with our customers is important to us as we believe the best results are achieved through close relationships with individuals.

I would like to thank Spear of Fame for your contribution and support regarding the procurement of the Royal Solomon Islands Police Force (RSIPF) Band ceremonial accoutrements.

As you are aware, this procurement was required promptly and within your normal operating guidelines. Needless to say, the speed at which Spear of Fame met and exceeded this restrictive time frame was commendable and was fundamental to the success of the project.

The initial reaction of RSIPF Band mambers was very positive when the recieved their ceremonial accoutrements and I anticipate they will be using them for some time to come. The efforts of Spear of Fame and yourself are greatly appreciated. 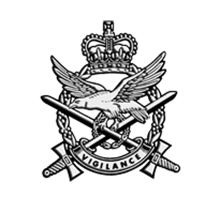 I would like to take this opportunity to thank you for the wonderful work you conducted with the manufacture of the 6th Aviation Regiment Guidon.

Throughout the entire procurement and development process your consideration for our needs and the quality of your work was quite evident. I will never forget the day where the 'Spear of Fame' team proudly handed over the Guidon to our custody. The pride and appreciation of the significance of this military accoutrement was displayed by all of your staff and I would ask that you pass on my thanks to all involved.

The Guidon has now been presented to the Regiment by the Governor General of Australia and will be an enduring symbol of service to the Nation for members of the 6th Aviation Regiment.

Again on behalf of the Commanding Officer and members of the Regiment, I thank you for your support. 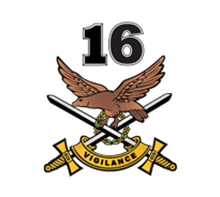 I would like to take this opportunity to thank you, and the team at Spear of Fame, for your support and efforts that lead to the events over the week that included both the 6th Aviation Regiment Guidon Parade and the 42nd Aviation Corps Dinner held recently at Holsworthy Barracks.

Both the presentation of the 6th Aviation Regiment Guidon by Her Excellency, the Governor General and the Corps dinner presentation, to one of our distinguished members, were an outstanding success. Your company's contribution to these events in the form of the immaculately turned out Guidon and the presentation gift box made it so.

Your Company should be extremely proud of their significant achievement. Of specific mention was the way in which the company made the administration for the ordering and payment of the items pleasurable through prompt and efficient service. It was an outstanding effort and one to which all members of the company should be proud.

Spear of Fame have been one of the major suppliers of ceremonial equipment to the Australian Federal Police for a number of years. During that time both the service provided and the quality of workmanship has been second to none. Whether it be the supply of a simple ceremonial sash, or the production of the AFP Banner itself, Spear of Fame show an attention to detail and pride in their work that then transfers to the end user.

In June 2009 the AFP Banner was formally presented at the site of the National Police Memorial in Canberra, ACT. As part of this historic event, the Manager of Spear of Fame, Mr Umit Erturk, was requested to participate as the presenting dignitary. This honour was specifically reserved for him in recognition of the diligence shown during the project and the passion shown by him in ensuring that, in all respects, the AFP Banner would be a worthy symbol of the pride of the AFP into the future.

Spear of Fame continues to produce quality ceremonial equipment that greatly assists in the projection of a positive image for the AFP.

I am writing to thank you and your members of Spear of Fame who provided me with some invaluable assistance recently. Our Commanding Officer, Lieutenant Colonel Brendan Dwyer was to depart the regiment and his command appointment on the 11th September 2009 due to unforseen circumstances.

With the need to provide our Commanding Officer with an appropriate gift to commemorate his command, your organisation was approched and asked to produce, at extremely short notice, a replica Guidon of the 1st Aviation Regiment. Your initial positive response and agreement to proceed with the request was greatly appreciated. In addition, your team made every effort to have the final product completed ahead of schedule to ensure the gift was delivered to the Regiment on time.

...you have been an important contributor to the proud traditions of the New South Wales Police Force and the sword and the Police Banner will form part of those great traditions. Thanks also to your staff for their skill and craftsmanship. 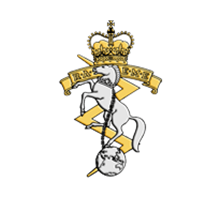 As we sign off on the production of the final 200 of the limited release Prince Philip Banner Miniature I would like to, on behalf of the members of the Royal Australian Electrical and Mechanical Engineers, express our sincere gratitude for your assistance and support over the duration of this project.

His Royal Highness The Duke of Edinburgh Prince Philip, Colonel in Chief - RAEME, was most appreciative and impressed when presented with his banner miniature by our Head of Corps when he dined with His Royal Highness at Buckingham Palace.

The banner miniatures have proven to be a very sort after and prized corps memento amongst ex serving and currently serving members of the corps.

Your professionalism, meticulous attention to detail and demand for quality has ensured the success of this project both in the quality of the banner miniature and the financial return on the investment involved.

I look forward to working with you on similar projects in the future.

On behalf of Mannix College, may I formally thank you for the time, expertise and wonderful support you have given us in the advice, repair and care you have taken with the Mannix Memorabilia. Personally it has given me great joy to work with a firm of people who value culture and history as you do.

In 1993 the ceremonial division of Australian Defence Industries (ADI), which had been in operation since 1950, was purchased, thus forming Spear of Fame. For much of our first ten years Spear of Fame focused on producing hand embroidered banners for the Australian Defence Force and over time gradually expanded further into the defence and police sectors, manufacturing and supplying all types of ceremonial regalia throughout Australia and the Pacific.

Spear of Fame began supplying academic regalia from 2002 and now supply items such as ceremonial gowns, headwear and awards such as medallions to some of Australia's leading Universities.

In 2004, at the recommendation of General Sir Peter John Cosgrove, AC, MC, one of our company directors was awarded the Order of Australia Medal (OAM) for her dedication and exemplary work producing hand embroidered items for the ADF, with particular acknowledgement for her work on the Australian Army Centenary Banner (pictured).